Our First Look at the Daisy Jones & the Six Show 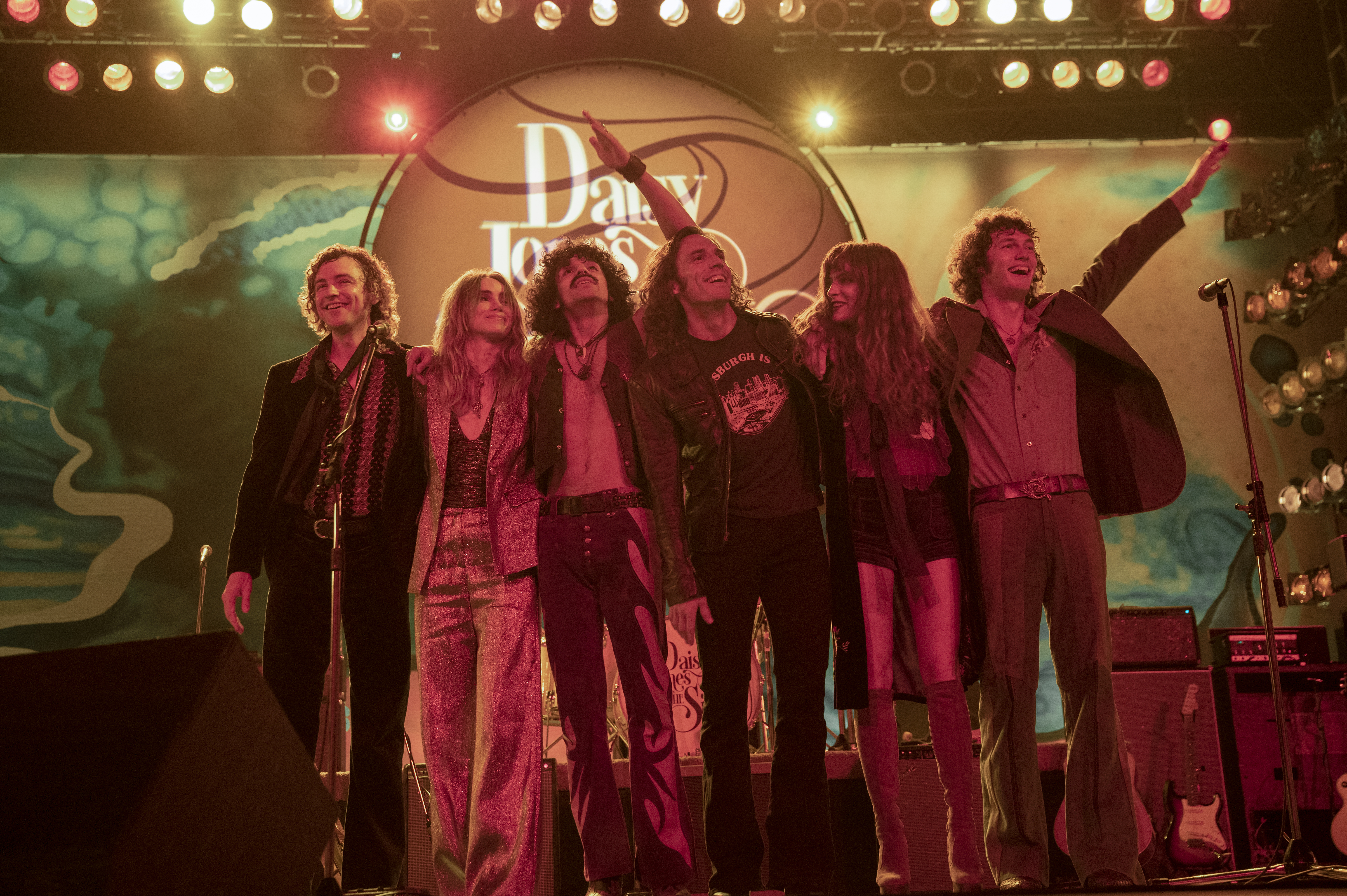 DAISY! DAISY! DAISY! We have a teaser trailer, our first listen of 'Regret Me' and we are deceased. Rock and roll will never be the same. Daisy Jones And The Six arrives March 3, only on Prime.

If you can't get enough of Regret Me, pre-save the Aurora album and register to be first to know of all things Daisy Jones and the Six here. 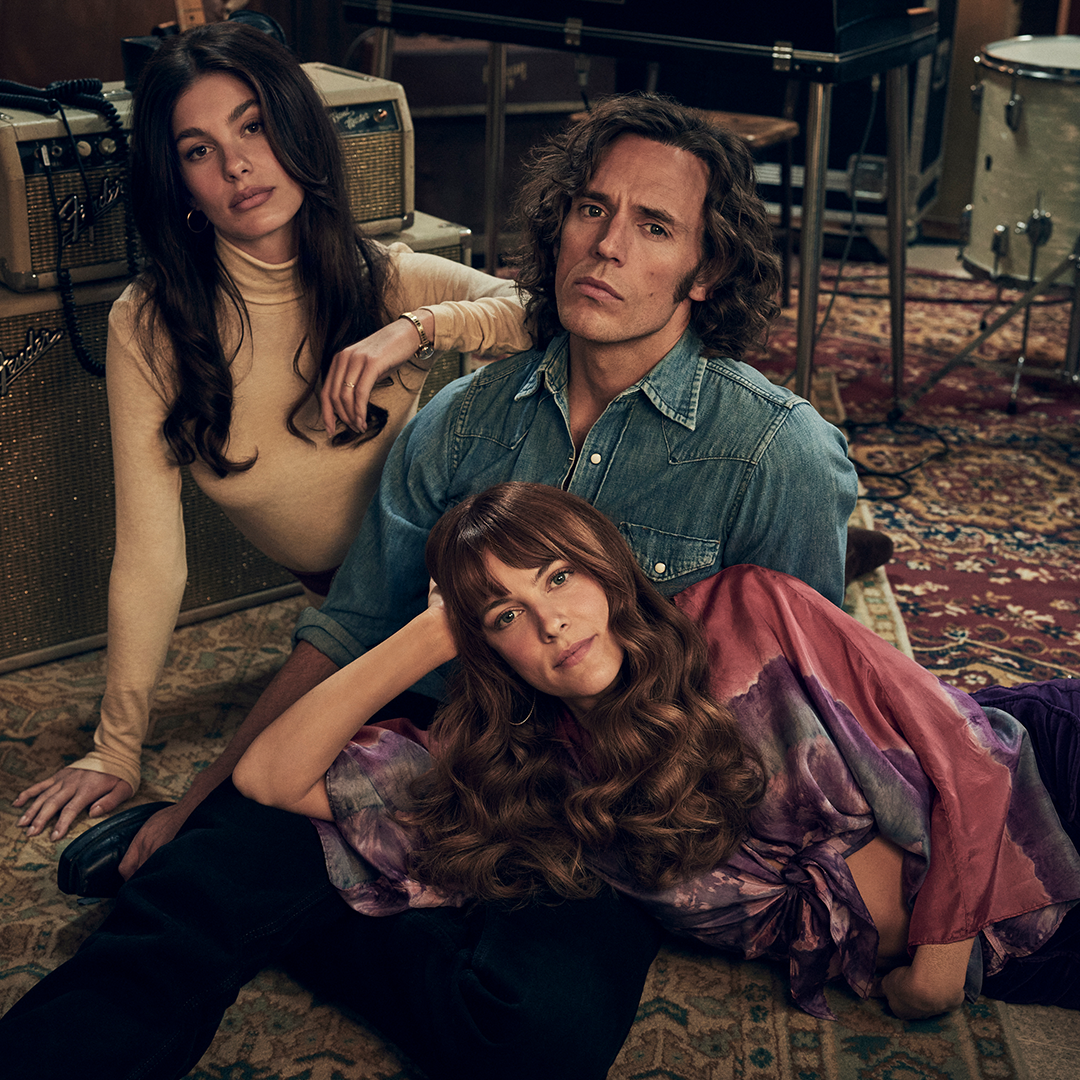 Ready to rock out? Ever since Hello Sunshine wrapped on filming Daisy Jones & The Six, we've been impatiently waiting to get a sneak peek into the show. We're excited to announce that *today* is that day and EVERYTHING we see is makes us want to reread this gem of a book! We have so much love for these characters and the 70s nostalgia is real. 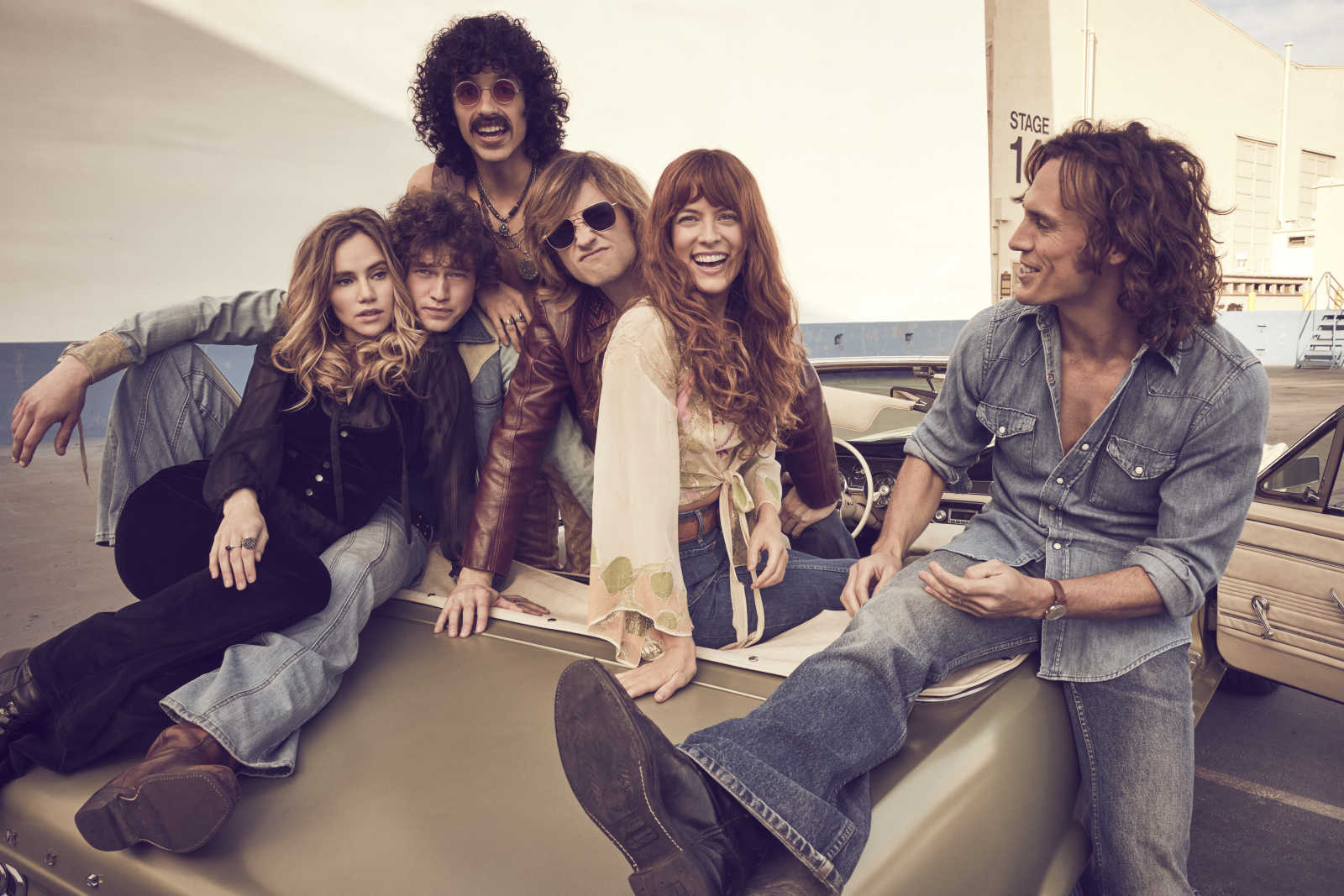 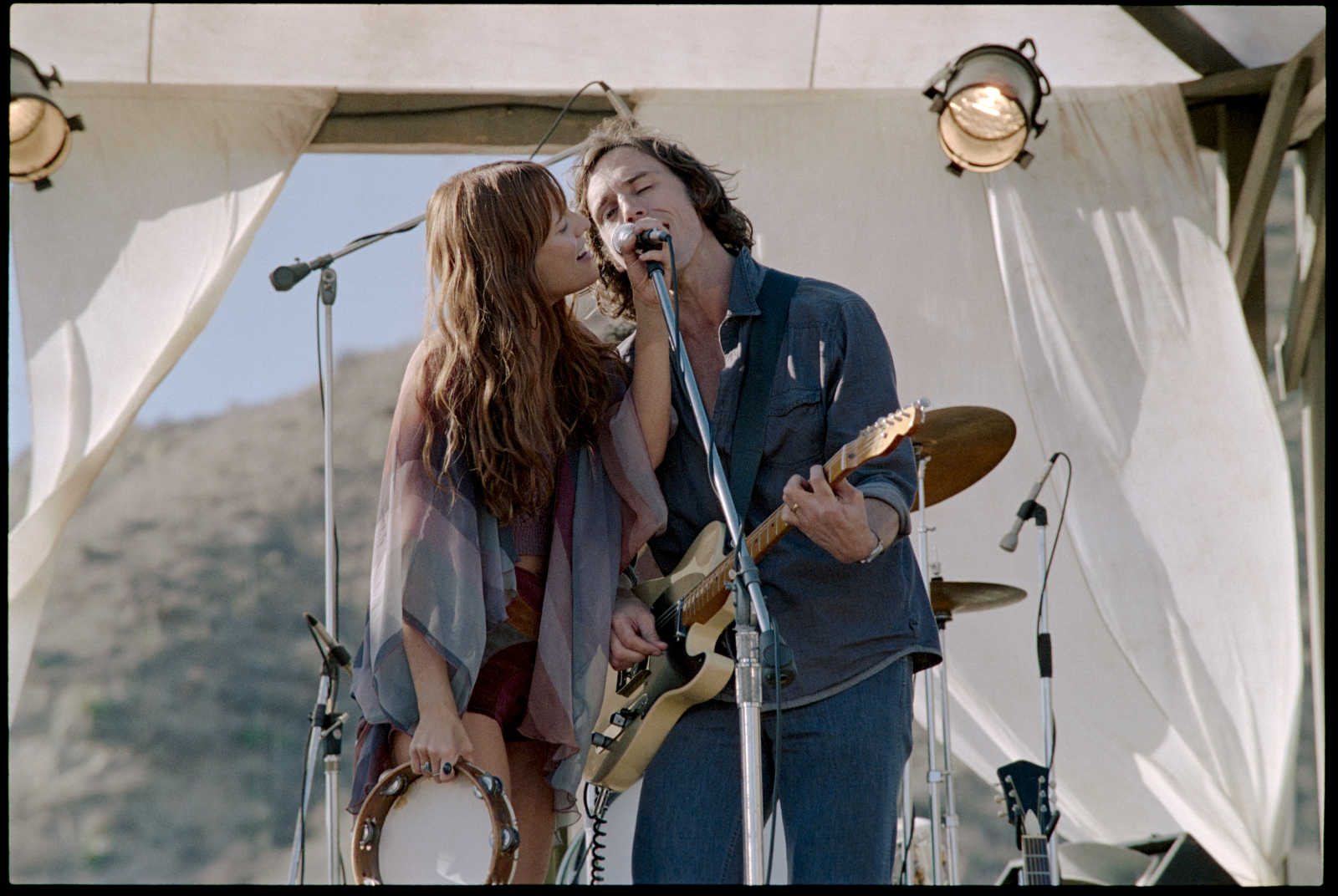 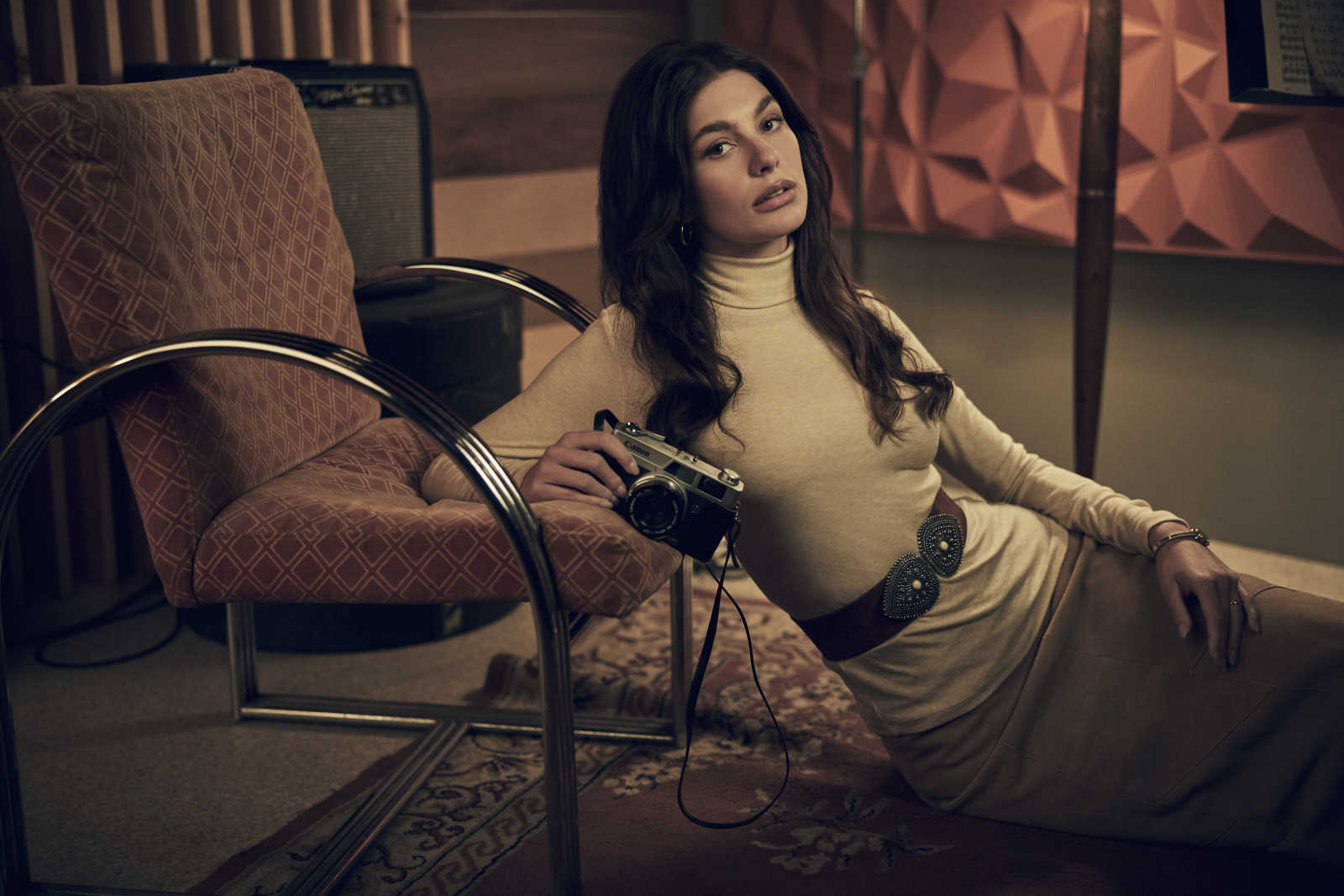 If you haven't read our February '19 Pick yet, let us convince you. The format of the novel is wholly original, written as if it were a VH1: Behind the Music special, and because of that it feels like you're deep-diving into a real band's dramatic history. (psst: the format makes for a great audiobook listen). 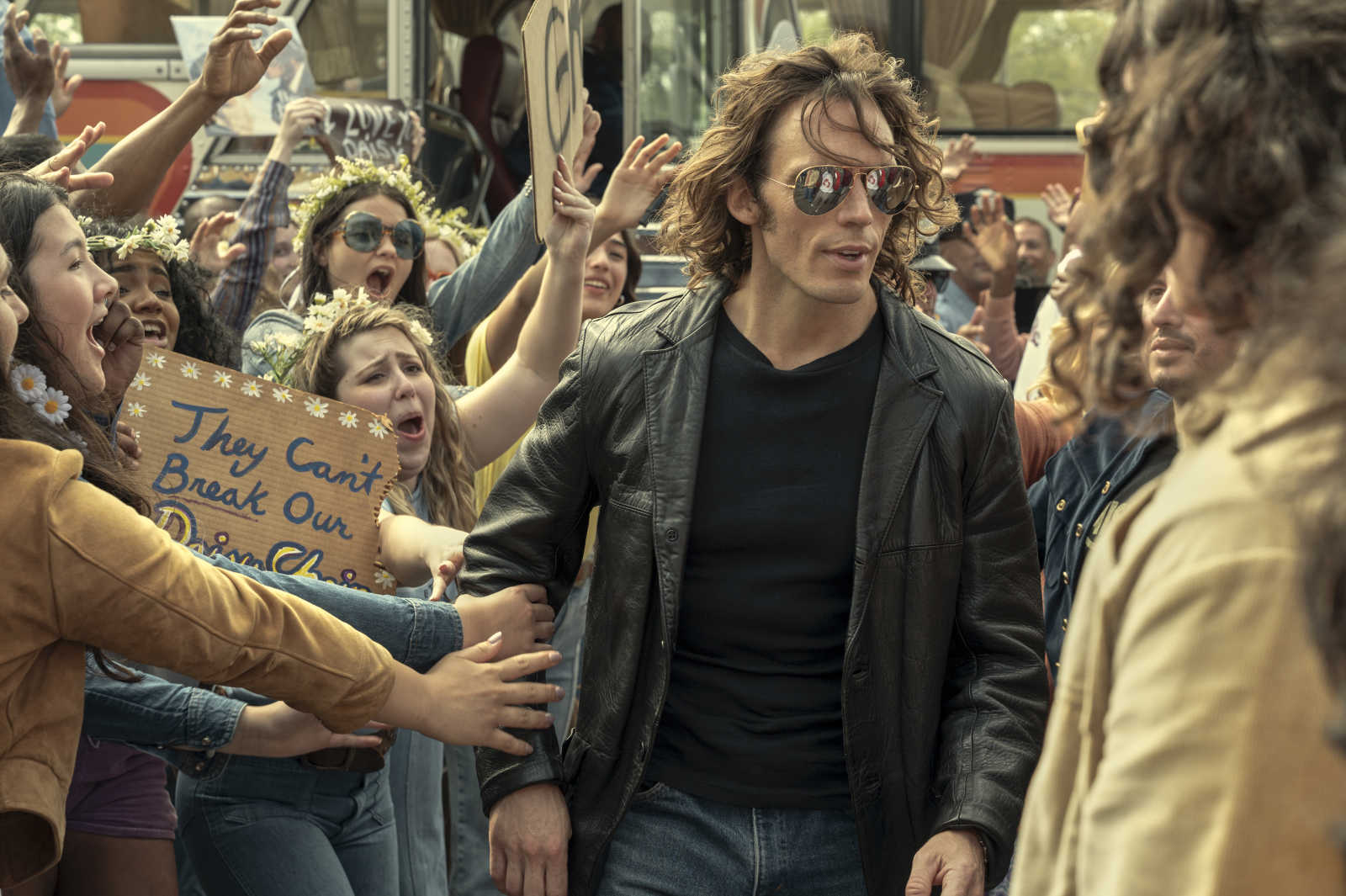 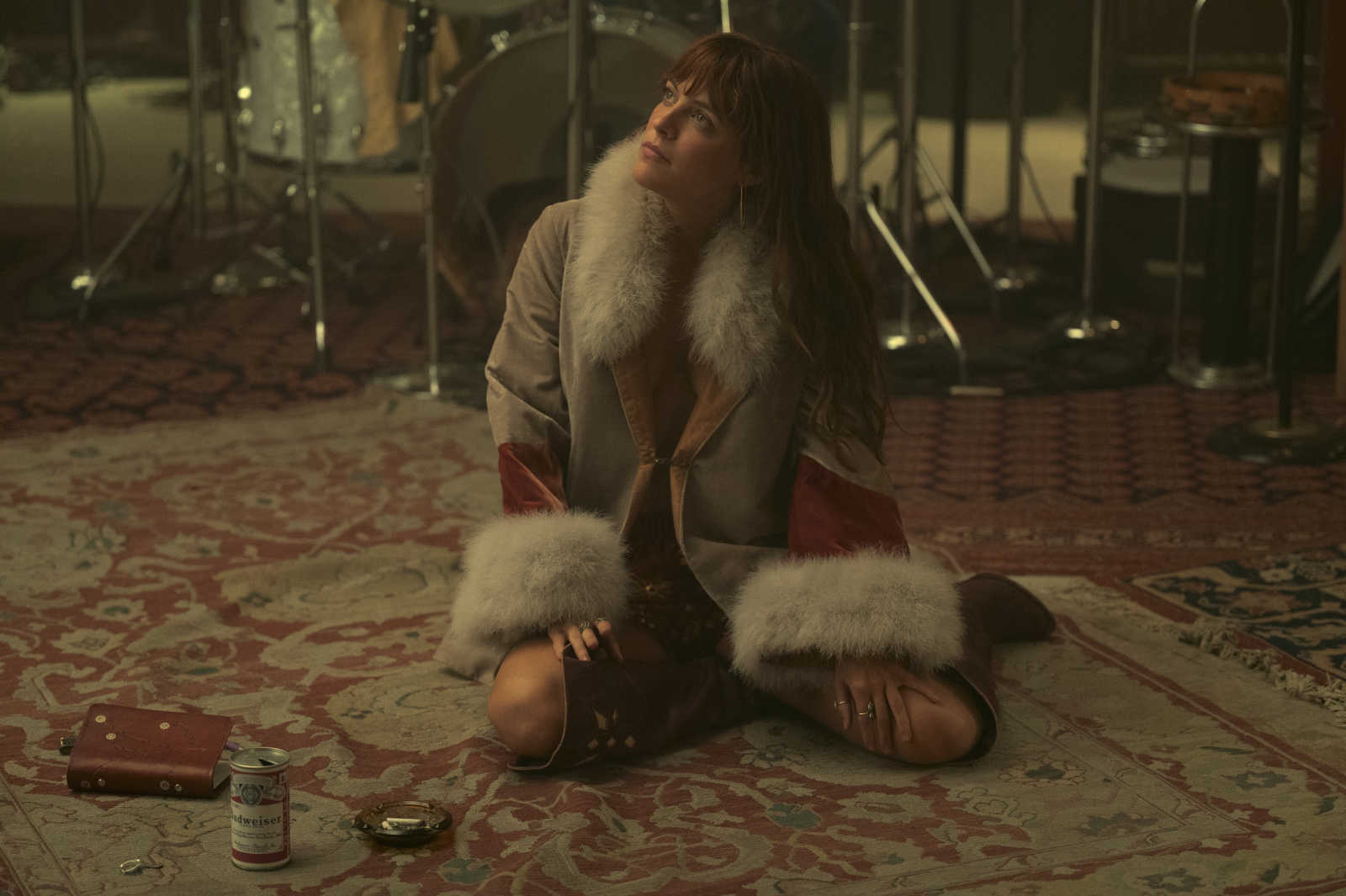 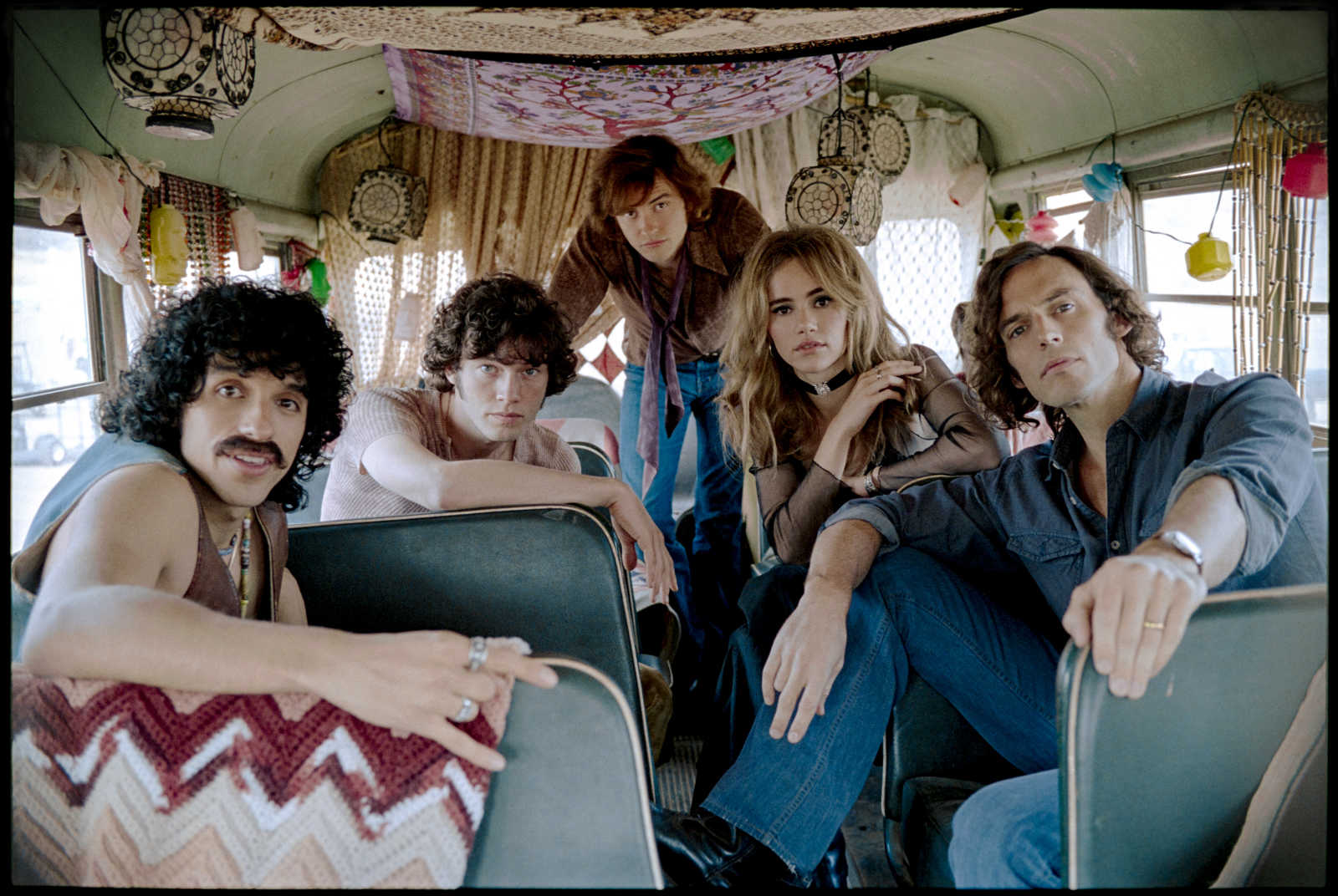 This first look has us wanting to wear go-go boots and faux fur jackets, feather our hair like Farrah Fawcett, and listen to some 70's tunes. So, in that spirit, we're deep-diving into one of our all-time favorites penned by Taylor Jenkins Reid and leaning into the nostalgic vibes. 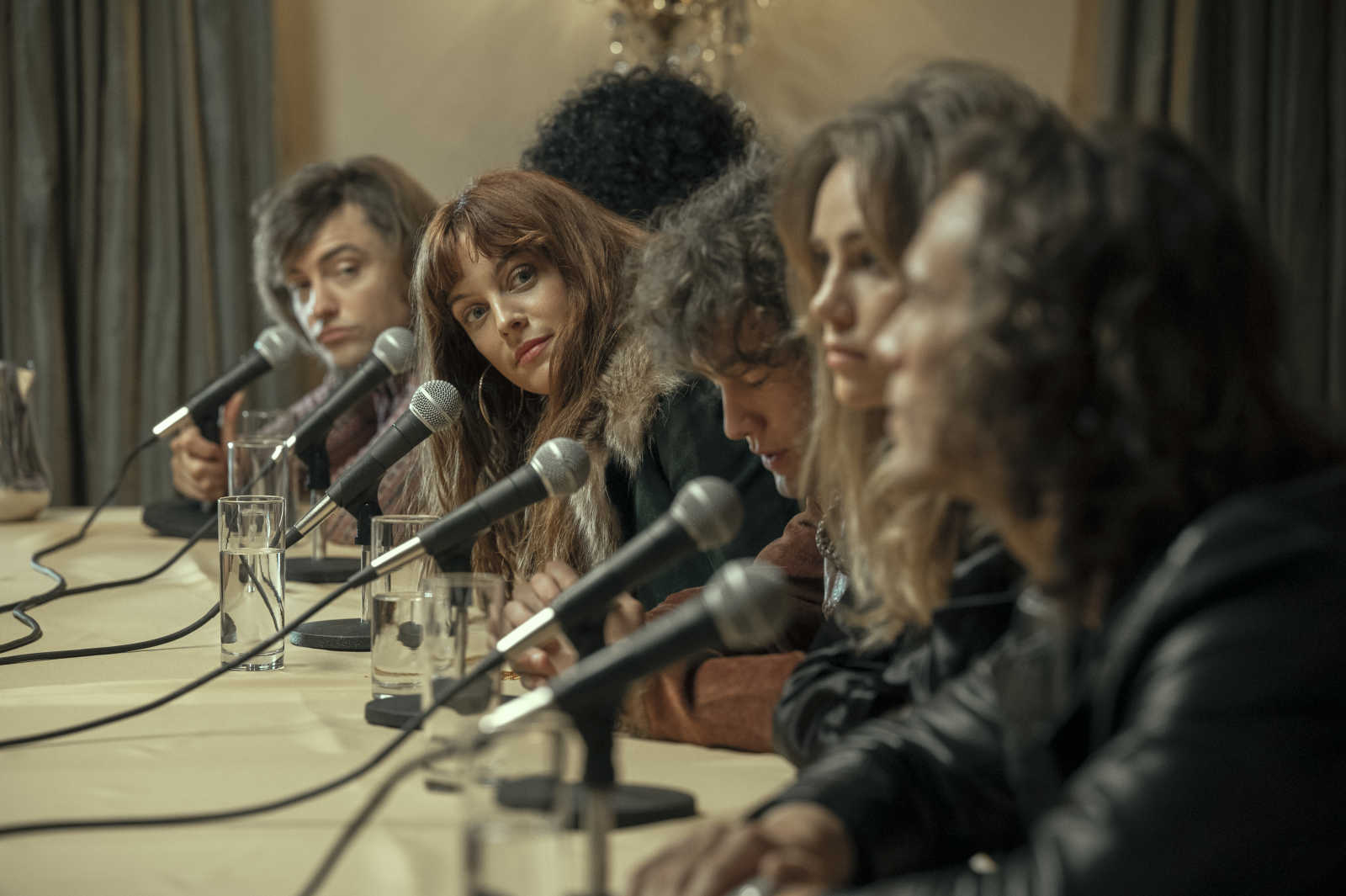 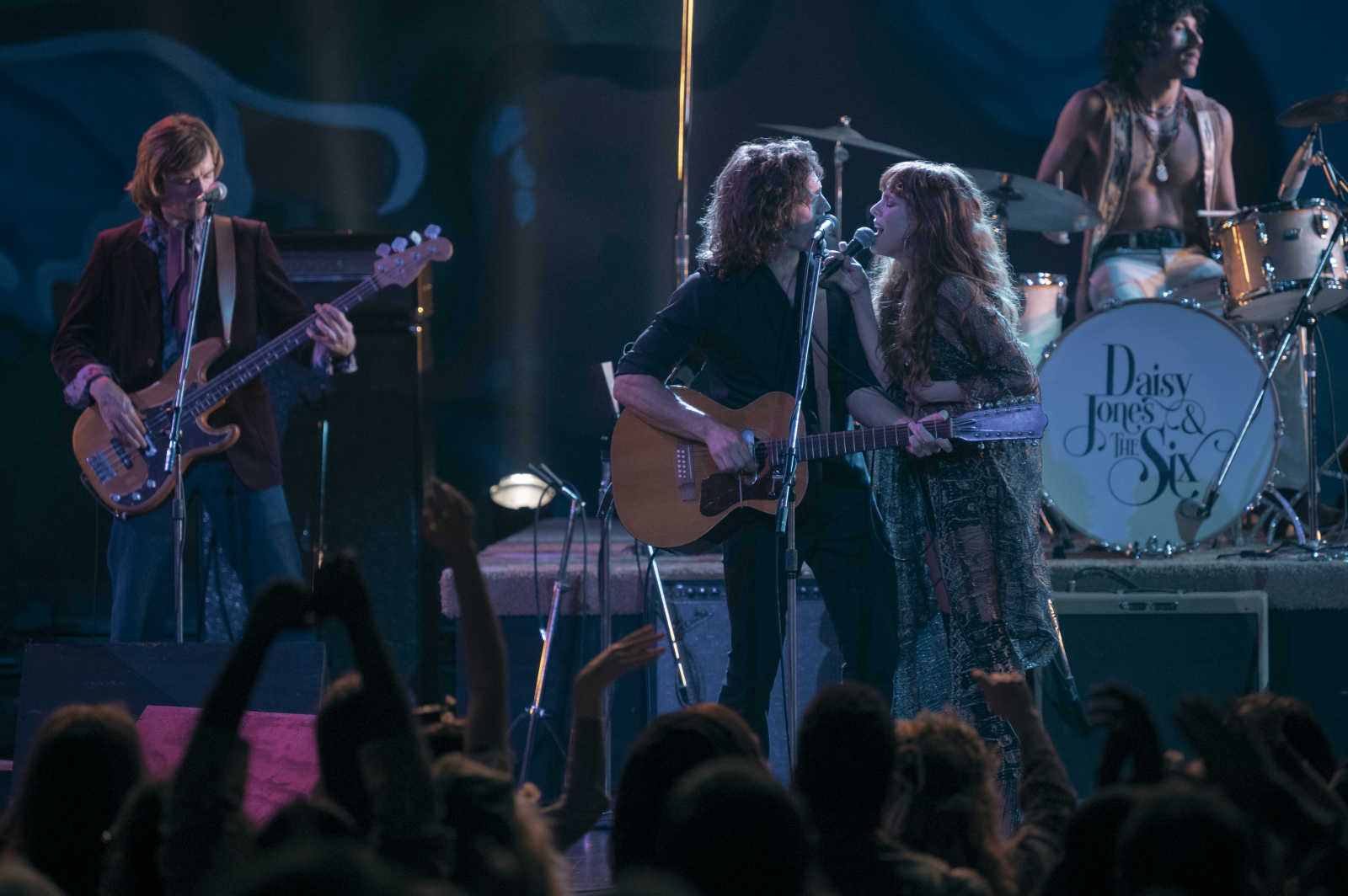 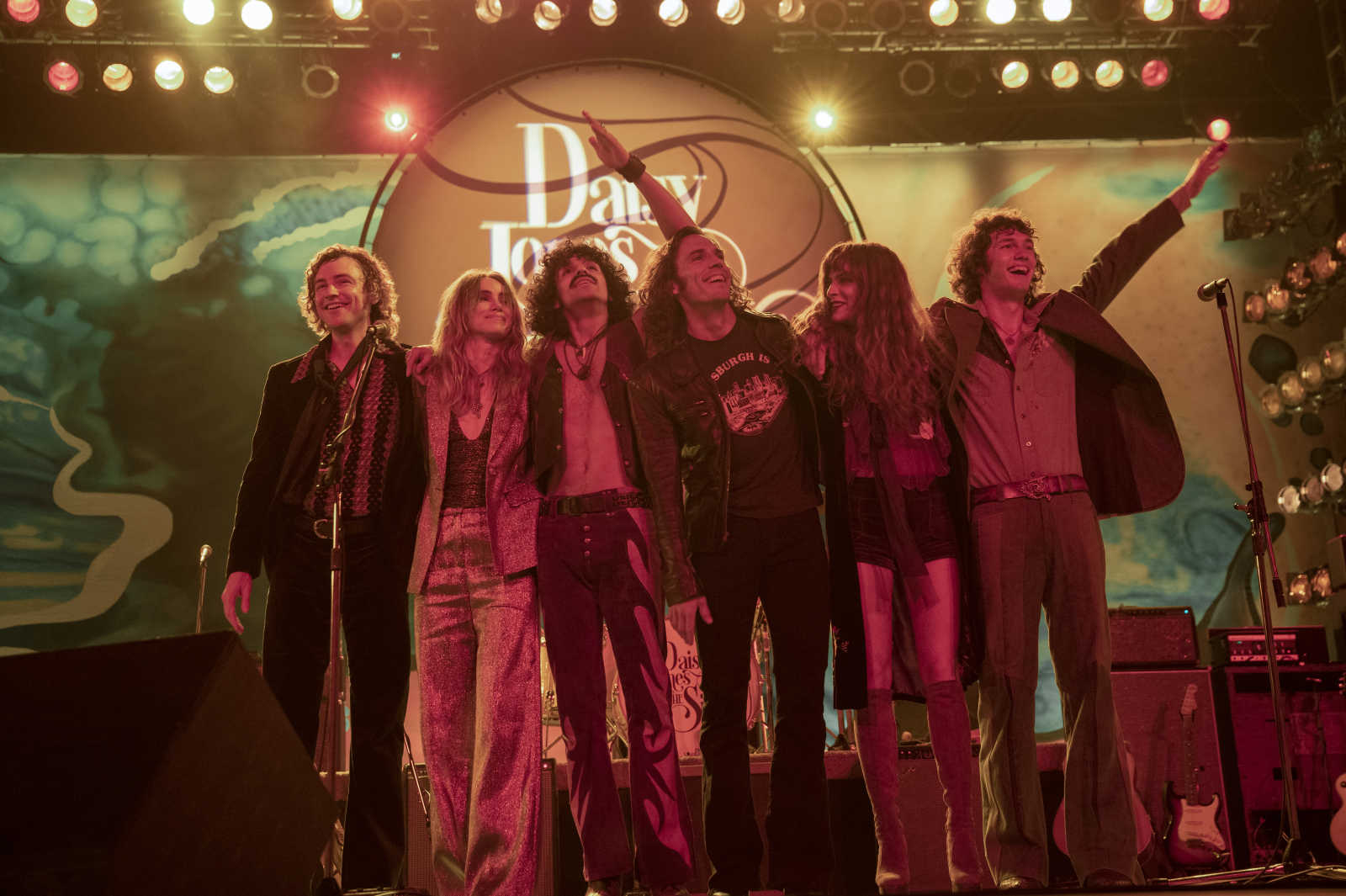 1. Get into the groove with this stunning record player—it comes in so many pretty colors, but the lavender is our favorite.

2. If you, like us, have been dying to hear what Daisy Jones & The Six's music might've sounded like, this is a must-have vinyl to get you in the spirit.

3. Live out your 70's style dreams in these funky bell bottoms—we love that they're corduroy, colorful, and fit like a glove.

4. No photos compare to the ones taken on a vintage Polaroid camera. We love the look of this one, it feels like it's straight out of the 1970's.

5. These aviator shades from Madewell are effortlessly cool and guarantee that you'll be giving off Daisy vibes when sporting them.

6. We love this adorable crocheted bag—the daisy details are so fun and have been bringing us a little bit of sunshine this winter 🌼☀️

1. The Seven Husbands of Evelyn Hugo

Aging and reclusive Hollywood movie icon Evelyn Hugo is finally ready to tell the truth about her glamorous and scandalous life. But when she chooses unknown magazine reporter Monique Grant for the job, no one is more astounded than Monique herself.

A gripping novel about the whirlwind rise of an iconic 1970s rock group and their beautiful lead singer, revealing the mystery behind their infamous breakup. Nobody knows the reason behind their split at the absolute height of their popularity . . . until now.

Four famous siblings throw an epic party to celebrate the end of the summer. But over the course of twenty-four hours, the family drama that ensues will change their lives forever.

4. Carrie Soto is Back

Carrie Soto is fierce, and her determination to win at any cost has not made her popular. At thirty-seven years old, she makes the monumental decision to come out of retirement and be coached by her father for one last year in an attempt to reclaim her record.